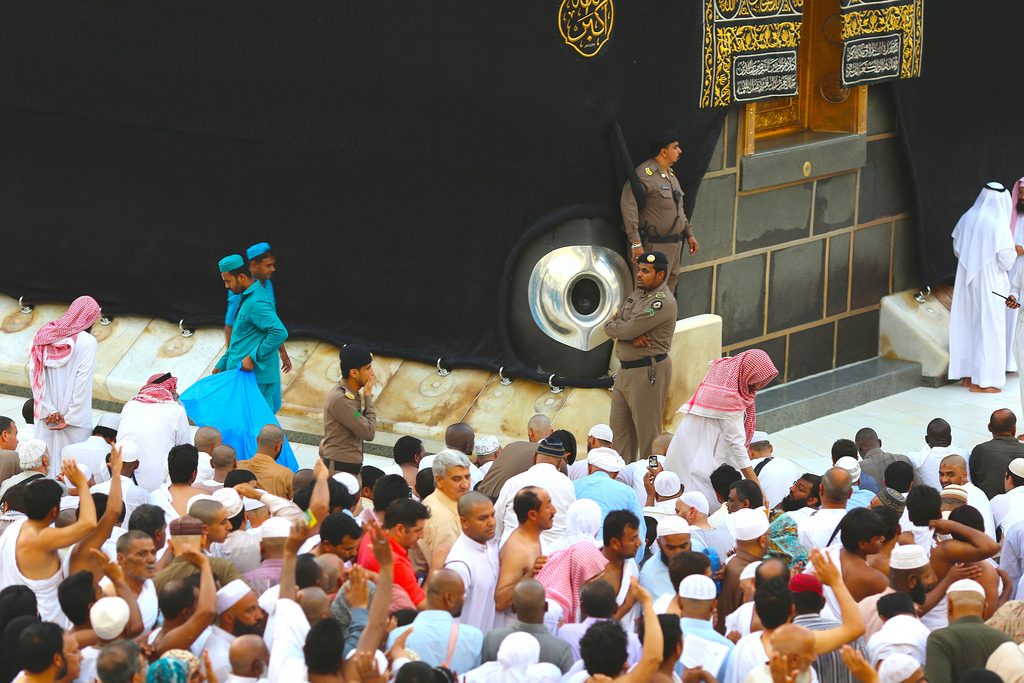 Hajar al-Aswad (Arabic: الحجر الأسود; “The Black Stone”) is a sacred rock encased with silver that has been placed in the southeastern corner of the Kaaba, believed to have descended from heaven. According to a tradition of the Prophet ﷺ, it was originally white in colour but eventually turned black as a result of absorbing the sins of man. The Hajar al-Aswad is the starting and end point of each circuit during the rite of Tawaf, at which point pilgrims are supposed to kiss, touch or gesture towards the stone as they pass it as part of a ritual called Istilam.

The Multazam (Arabic: ملتزم) is the area between Hajar al-Aswad and the door of the Kaaba. It is about two metres wide and is a place where supplications are accepted.