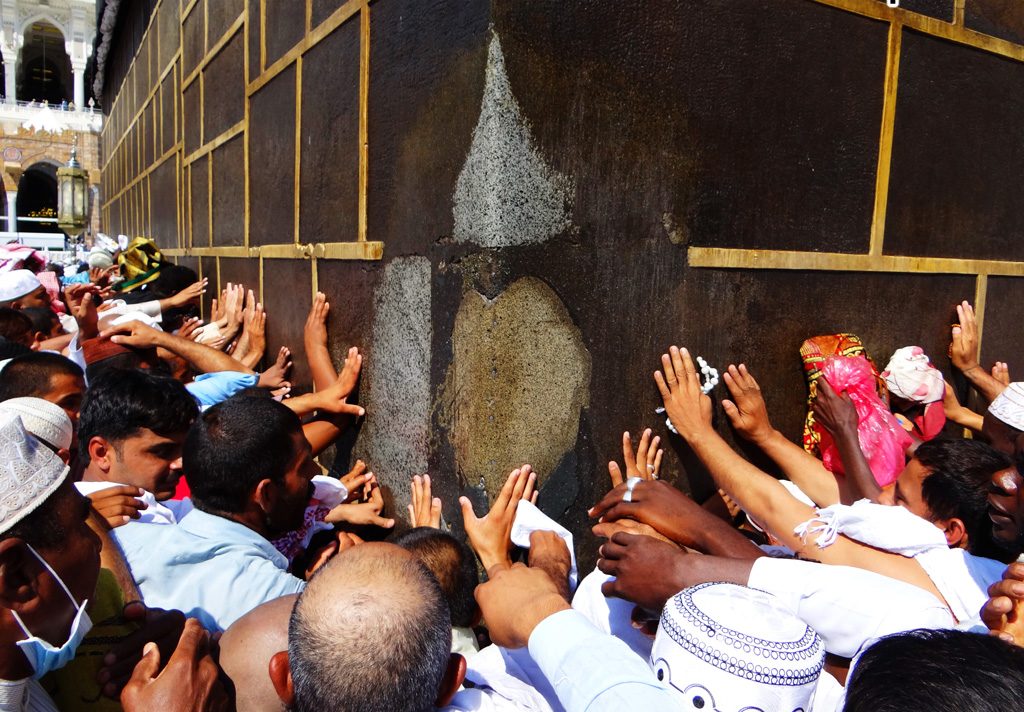 Rukn al-Yamani (Arabic: ركن اليماني; “The Yemeni Corner”) is situated in the southwestern corner of the Kaaba, opposite Hajar al-Aswad which is located on the other end of the southern wall. Its name is derived from the fact that it faces Yemen. According to a tradition of the Prophet ﷺ, Rukn al-Yamani, like Hajar al-Aswad, has the capability of absolving sins. It is Sunnah to touch the corner, if possible, during the rite of Tawaf.

Jabal al-Noor (Arabic: جبل النور) is a mountain where the Prophet ﷺ would spend time worshipping and reflecting. He received the first revelation in the Cave of Hira (Arabic: غار حراء) situated near the summit of the...

Wadi al-Muhassab (Arabic: وادي المحصب) is a valley where the Prophet ﷺ stopped, performed his prayers and rested when travelling from Mina to Makkah.